skip to main | skip to sidebar

SmartBoards: Are they the answer? Part 2

Ok , so we talked last time about how SmartBoards are real popular, but have some issues the competent school administrator needs to be aware of.
Last time it was the revelation that they were NOT PROJECTION DEVICES. So when you spend $1200 dollars on a SmartBoard, you still need a projection device and..........a computer to hook up to the projection device (don't say, "everybody knows that, too!" cause believe me, they don't).

So here goes part two: the mounting and other hidden costs.

The SmartBoards I have seen purchased have always been without casters (wheels), 'cause everybody thinks they can just mount them on the wall like hanging a conventional whiteboard.......which is why, no lie, a large percentage of schools have had SmartBoards on site for months before their district or custodial staff could get them up.
This is especially in true in schools that had enough money to buy 25 SmartBoards, but not enough to mount them, so unless they do it themselves, which in some districts is against collective bargaining agreements, they aren't going to have them going until January. (And if it were an easy thing to do, I wouldn't have heard so many complaints from colleagues about them sitting around.) In addition, if you are using video projectors, you either have to mount those in the ceiling (around $1000) or purchase some kind of cart for them. I will say I have a different idea about all of this, but you'll have to wait 'til part 4 of this series. Read on, reply, comment, get mad (I'd love an argument about this issue), fire off a response!

Smart Boards: Are they the answer?

Ok, so you heard about Smart Boards and think you have to get them for your school 'cause everybody else is. Well, think again. They may not be the best idea for your school. Since I really need to get writing on this blog, I have compelled myself to use this topic to get going. I will post something about Smart Boards every day for the rest of the week. Then you decide.
I am not a Smart Board advocate per se. Here are 5 reasons why:
Reason # 1:  You need to also buy a video projector so you can use the Smart Board. You knew that, right?
No not really.
I have spoken with more than a few teachers and admin who were dismayed to find out Smart Boards do NOT project images on the screen. They ARE the screen. The board interacts with the software on the computer through a wireless signal. This allows you to manipulate objects by touching them on the board. So when do they usually find this out? AFTER they have spent all the money they budgeted for technology purchases! So remember that. Now you are aware that buying the $1200 Smart Board also involves a $750 projector. (Actually about $1000, cause when the bulb burns out in the middle of your reading lesson, you will not want to wait two weeks for a purchase order and replacement.)
So there's Reason #1. If you can't wait for the rest, visit my website (www.caedtech.com) or email me at jxjarvi@comcast.net.
Next: Reason #2
Posted by Jack Jarvis at 8:12 PM No comments: 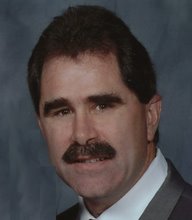 Jack Jarvis
Jack Jarvis, teacher in Fresno Unified School District. I also operate an educational technology consulting group called California Educational Technology Association. I have been a Detroit Lion for 52 years and am still waiting for that Championship!